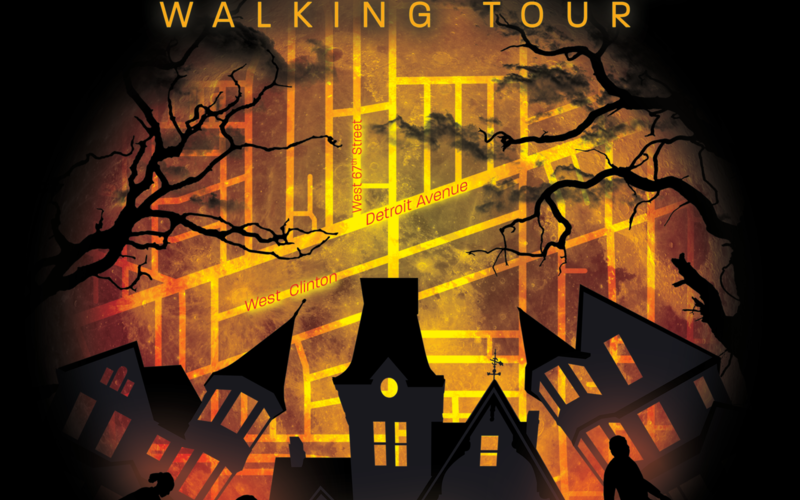 Join the walking dead on October 8 & 9 for the revival of Historic Haunts: Detroit Shoreway&rsqu...

A source of pride within the City of Cleveland, the Gordon Square Arts District’s formation was a communal accomplishment spearheaded by our four exemplary leaders, who each led with a distinctive style. Individually, each leader played a key role in the monumental efforts to transform our beloved district into an arts and entertainment destination. Together, they carried forth the momentum of their predecessors. We at NWT are incredibly excited to honor them at this year’s annual benefit, Bring On Tomorrow.

James Levin served as the founding Executive and Artistic Director of Cleveland Public Theatre. During his 23-year tenure, Levin launched socially-driven programs that gave voice to Cleveland’s most deserving residents, at one point recollecting: “I realized you don’t have to be out in the streets or run for office. It was possible to affect social, political, and cultural discourse through theater.”

In 1985, CPT launched its first New Plays Festival, which amassed over 600 submissions from national and international playwrights. The theatre expanded its physical presence from 1994 to 2009, purchasing and renovating spaces in the Detroit Shoreway neighborhood. Today, CPT offers innovative new productions and empowering educational programming.

Levin’s vision was for Cleveland Public Theatre to be an economic development anchor for the Detroit Shoreway community. In 2004, he co-founded the Gordon Square Arts District on the belief that theater can transform a neighborhood, support local artists, educate, and change lives. Because of Lenin’s strategic leadership, Detroit Shoreway began its transformative journey to a heavyweight economic booster on the Near West side and established its reputation as a destination with its own distinct personality.

Joy Roller was the Executive Director of the Gordon Square Arts District between 2005 and 2013. A champion of Cleveland, her vision and energy were an integral part of the District’s creation. In 2008, she launched the partnership’s $30 million capital campaign, a development initiative that transformed the Gordon Square Arts District buildings and the Detroit Shoreway neighborhood.

Judi Feniger took over as Executive Director from 2013 to 2016 and completed the final stretch of the monumental capital campaign, despite an economic recession that left bleak prospects. She led with brilliance and quietude, powerful in their own right. In 2015, following the completion of the capital campaign, construction on Near West Theatre’s $7.3M facility began. Until this point, our productions took place in the third-floor ballroom of St. Patrick Church’s Catholic Club building. Feniger’s tenacity for GSAD’s mission was not unfounded; leveraging arts and culture as an economic catalyst in the Gordon Square Arts District has driven over $500M in economic impact within our community to date.

As a founding board member and neighborhood resident, Carrie Carpenter was no stranger to the Gordon Square Arts District when she was appointed Executive Director in 2016. Under her exacting leadership and expertise, the neighborhood became home to 6 theaters, 60 artist studios, 26 bars and restaurants, galleries, and public art.

Today, the Gordon Square Arts District is a cornerstone of Cleveland’s arts and entertainment community. 14 years of dedication from our Executive Directors transformed the neighborhood into one filled with opportunity, energy, and hope. At Near West Theatre, we are proud to be an integral part of Cleveland history and look forward to creating theatre that engages, inspires, and sparks change.

Join us for our much anticipated benefit, Bring On Tomorrow, on May 22 at 7:30pm as we celebrate the remarkable legacy of the Gordon Square Arts District and its visionary leaders – Carrie Carpenter, Judi Feniger, James Levin, and Joy Roller. Tickets for our one-night-only, biggest event of the year, are available here.