Meet the Director of Carrie the Musical

Carrie the Musical at Near West Theatre opens on Friday, July 21.
An incredible cast of 42 16-25 year olds have been hard at work in rehearsals since May. Our production staff has been building, creating, lighting, and playing along since May as well. They were joined on Sunday, the start of tech week, by our backstage crew, some who just completed our Summer Tech Workshop. And at the helm of it all is a new director to Near West Theatre but by no means a new face.

Meet the director of Carrie the Musical, Davon Turchan. 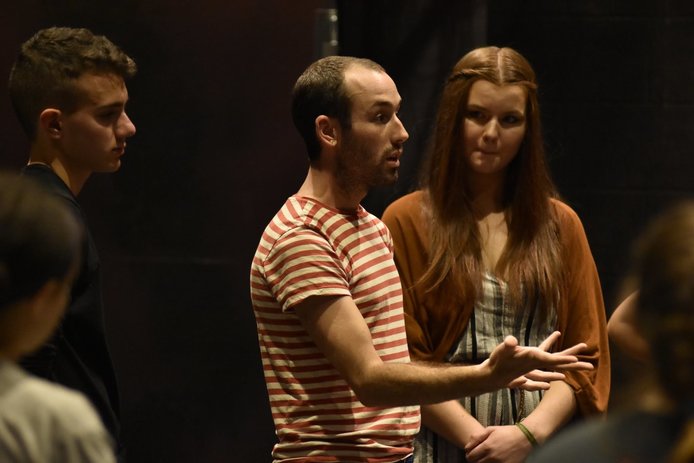 Devon Turchan is a Cleveland-based performer and the Director of Marketing and Development at Talespinner Children’s Theatre. He earned his B.S. in journalism from Ohio University in 2010. Recent theatre credits include Emcee in Cabaret at Blank Canvas Theatre (2016), Bert in Mary Poppins (2017), Gaylord Ravenal in Show Boat (2016) and Claude in Hair (2015) here at Near West Theatre, and Tommy in the 2016 Great Lakes Theater outreach tour ofThe Secret Adversary. He has been a member of the performance company at Talespinner Children’s Theatre since 2014. And now he makes his Near West Theatre director debut with Carrie the Musical. 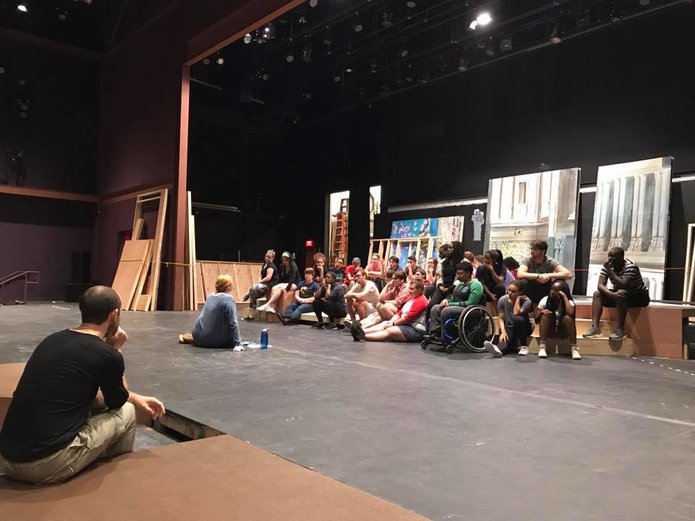 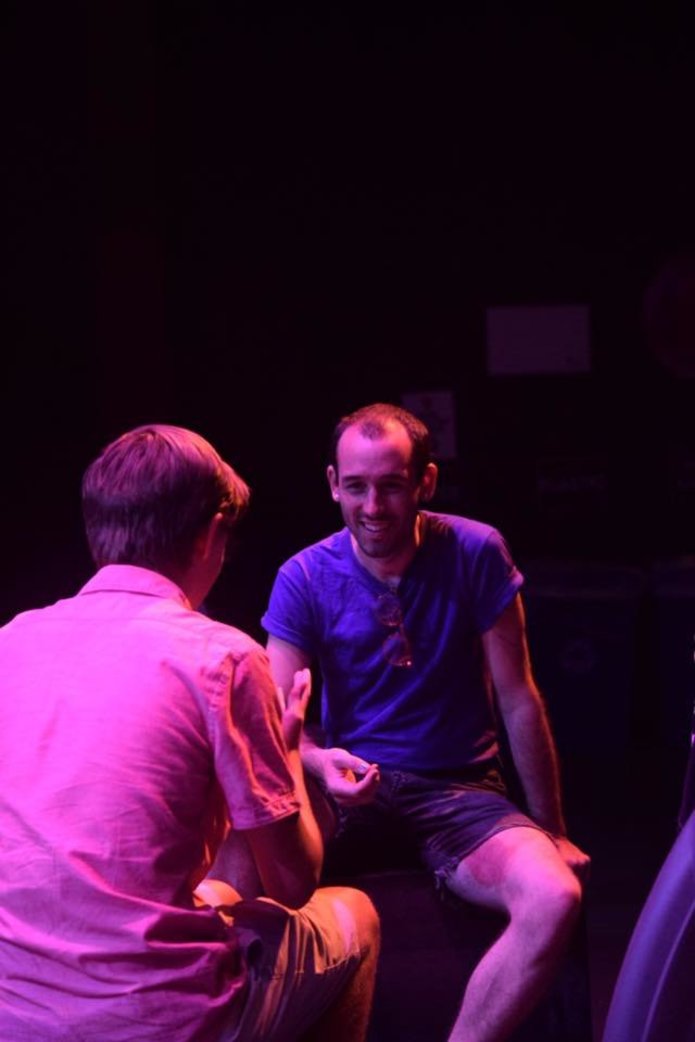 Here is what Devon has to say about Carrie the Musical:

I hope that if you’re about to enter the worlds of Carrie White and Sue Snell or have just done so, you will read some brief ideas on what Carrie, the Musical has come to mean to me.

First, I must take a couple of paragraphs to express my admiration for and gratitude to the Near West Theatre community, the board, administration, staff, creative team and patrons alike, for believing in creative freedom and in telling meaningful stories.
Four years ago - despite a long acting career in the city - the mystic power within the walls of this impressive, nearly 40-year-old, institution had only begun to diffuse into my life. Since then, however, I’ve wasted no time inhaling the quality life and theatrical experiences Stephanie Morrison-Hrbek and Bob Navis Jr. offer to the people of Cleveland, to our city fighting daily to fit in.

Saying ‘yes,’ at Near West Theatre is all it took to unlock new ways to explore creativity, community, communication, and commitment. There is power in theatre - the power to discover one’s full, authentic self. The power to initiate earth-shaking conversations. The power to heal. Near West Theatre is filled to the brim with that power and it grows with every performance. Can you feel it? That’s what the entire team of Carrie, the Musical and I set out to do - to unlock that power, to continue growing the NWT community, and to tell with integrity a story, which at its core addresses nearly universal causes and effects of harmful self-criticism, extreme family, religious and societal pressures, and aspects of the female experience not often given voice. This production was designed by us, the cast and creative team, in the rejection of the increasing perception that only the intrepid deserve to live a full life. Growing up with faith, I have come to know the incredible power one can feel when communing with a higher power. I have felt leadership and hope. I have also felt the extreme discrimination, judgment and pain that can stifle one’s path if religion is used as a weapon.

Archbishop Oscar A. Romero chose a life of fighting for those denied voices, the powerless communities of people living through the Salvadoran Civil War. He used religion for the former. He eventually died speaking out against the government of that country and ours for staying quiet, for directly or indirectly causing violence toward the powerless. Acts like the one which caused his death - gun shots fired to his chest as he stood speaking to his congregation from the pulpit about power. He understood the fear of a nation and fought for those who could not fight. He understood the dangers of extreme institutional power suppression and tried to do something to stop it. Romero said, “There are many things that can only be seen through eyes that have cried.” Jesus said, “The meek shall inherit the earth.” Yes, Carrie is a horror novel. A horror film. A musical. Not a humanitarian crisis. But Stephen King’s obsession with the danger of suppressing power - especially in our young women, especially now, cannot be minimized. Carrie was his first novel, which I find significant, especially when wondering why this particular novel was turned into a musical. At times, the musical-theatre-style numbers enact the innocence horror novels and films capitalize on. In others, the operatic fear and struggle overwhelm our senses and remind us that true horror exists when a person’s entire sense of self, any power of which they might just be learning, is suppressed over and over again, building pressure until one day it finds release, for better or for worse, in destruction.

Carrie White’s story is one of a young woman abused mentally, emotionally and physically by her own mother. Even within the walls of her safest space - her school - Carrie found no relief from the tortures of selfish hatred and mind manipulation. The cast, crew and I set out to show you, dear audience, that Carrie’s story is still alive. Even when so many individuals are finding power in self-expression, coming out, living full lives, there are others still hiding. I am extremely proud of the young people in this production who understand so much more about the world than their age would suggest. They are finding power in themselves and becoming full, wonderful human beings. In turn, I learned so much from all of you. 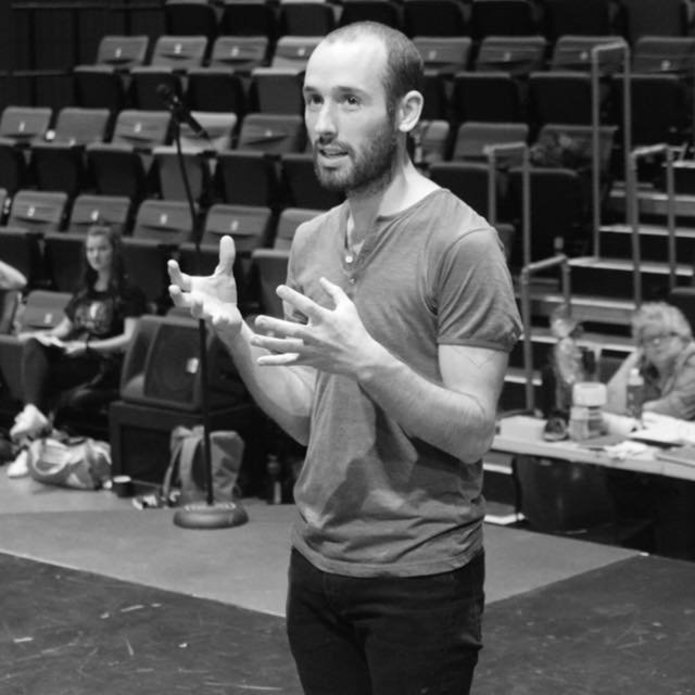