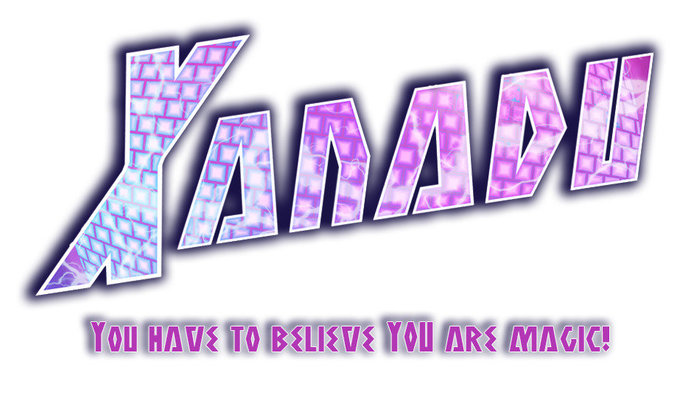 Slap on your roller skates, hike up your leg warmers, and prepare for the glitter explision of Xanadu, the laugh-out-loud musical stage adaptation of the 1980 film.

Jelly shoes, acid wash jeans, and roller disco dancing! Outrageous ‘80s flair sparkles under the mirror ball in Xanadu, a laugh-out-loud musical based on the cult-classic film starring Olivia Newton-John and Gene Kelly. Greek muse Kira descends from Mount Olympus to Venice Beach, California to inspire Sonny, a struggling artist, to achieve the greatest artistic creation of all time: the first ROLLER DISCO! But when Kira falls into forbidden love with the mortal Sonny, two of her jealous sisters take advantage of the situation, and chaos abounds.
Xanadu has something for everyone: ridiculous fun on wheels, and an inspirational story at its big, mythological heart reminding us to explore our human experience through art and to persist in following our dreams... despite perceived limitations from others or from within ourselves.

So pop open a Tab, lay back in your stretchy stirrup pants, and watch as your ‘80s radio mixtape magically rolls to life on stage! Nominated for two Tony awards including Best Musical and Best Book, Xanadu’s legendary, chart-topping score regales with memorable tunes such as Magic, Evil Woman, Have You Ever Been Mellow, and Strange Magic.

Clio/Kira (pronounced CLY-oh/KEE-rah)
Muse of History, and leader of the muses. She comes to Earth to help the mortal Sonny Malone in hopes of fulfilling Zeus' prophecy: "that one day soon she will inspire a creation so wondrous that she will be granted the gift of Xanadu." She ends up falling in love with Sonny, an act forbidden by the gods, and in turn must endure the wrath of her father Zeus. The actor playing Clio/Kira spends almost the entire duration of the musical in roller skates.

Sonny Malone
Handsome and "very 1980's." He is a struggling artist who, when we first meet him, is working on a mural of the Nine Muses. But what he really wants is to open "an apex of all the arts" - a roller disco. He falls in love with Clio, disguised as Kira, as she attempts to help inspire him in his art. The actor playing Sonny Malone must be able to move well in roller skates.

Danny Maguire
A very professional, very successful businessman who used to be a clarinet player but gave up on his dreams to become a real estate mogul. He was once in love with a Southern belle named "Kitty" (actually Clio in disguise) who left him because he refused to open the "Xanadu," a theater he built especially for her.

Melpomene (pronounced melp-OH-muh-nay)
Muse of Tragedy. As the eldest of the Muses, she resents that Zeus made Clio - and not her - leader of the Muses. She plots revenge against Clio in the form of a curse to make her fall in love with the mortal Sonny Malone, and as a result be condemned to eternal damnation in the netherworld.

Calliope (pronounced cal-ee-OH-pay)
Muse of Epics. Quirky sidekick to Melpomene. She is equally devious and listens closely to her sister's direction.

Danny's Younger Self
Featured dancer in "Whenever You're Away From Me"

Near West Theatre holds group auditions in a relaxed and friendly atmosphere. No preparation or preregistration is required. Actors of all experience levels are led through multiple improvisational exercises providing every participant equal opportunity to create through word, movement and song. Auditions focus on the creative process, not the product; on working as an ensemble, not solo. After this first level audition, callbacks will focus on individual roles/songs and working from the script.