Meet the cast of the wiz!

The Wiz is a sassy and soulful counterpart to its classic predecessors. In stark contrast to the pastoral, rural Kansas of traditional adaptations, this version of L. Frank Baum’s timeless coming-of-age tale is set in a severely realistic urban environment rooted in modern African-American culture, and infused with a dazzling mix of rock, gospel, and soul. Dubbed “The Super Soul Musical,” this large-scale, big-budget production was a breakthrough for Broadway in 1975, featuring an all-black cast and winning 7 Tonys including Best Musical. It was subsequently adapted into a film version in 1978 featuring Michael Jackson and Diana Ross, and more recently produced as part of NBC’s Live Musical series.

Director Kelcie Nicole Dugger has imagined a mysterious, opulent and fantastical production of this groundbreaking Broadway show, featuring a large, multi-racial youth cast ages 9-15 who bring Oz to life in a funky sing-along journey down the yellow brick road. “Almost everyone knows the story ‘The Wizard of Oz,’” says Dugger, “but there’s so much more to it than ‘There’s No Place Like Home.’ These four friends aren’t just seeking home, a brain, a heart, and some courage; they are really all on a quest to become whole people. They’re searching for the missing pieces that will make them, and their lives, complete.” In this way, The Wiz delves deeper into the heart of the iconic story, highlighting Dorothy’s mature realization that her journey has taught her that all she needs to do to find her true Home is to look inside her own heart.

Meet the cast who’ll be rehearsing for the next 3 weeks to bring you this amazing show! 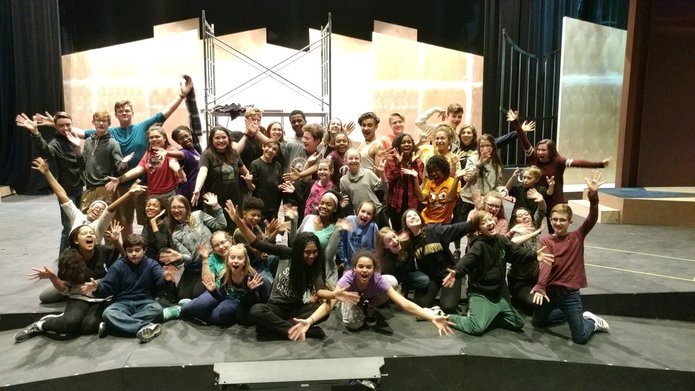