A small and mighty team. 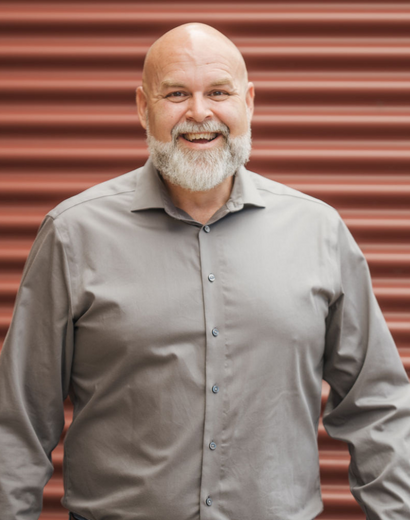 Mike is honored to serve the Near West Theatre mission and community in his role as Executive Director. In this role, he oversees the operations,...Expand

Mike is honored to serve the Near West Theatre mission and community in his role as Executive Director. In this role, he oversees the operations, strategy, and finances of the organization. Mike has a Bachelor of Science in Education from Bowling Green State University, spent a decade as a professional actor performing in over 45 productions nationally, and has spent the last 15 years leading and directing programming for nonprofit organizations in Cleveland and New York City. Before coming to Near West Theatre, Mike spent four years as the director of programs with the Center for Arts-Inspired Learning, and in the same capacity with Career Gear, NYC, a nonprofit social service agency providing holistic programming to prepare formerly homeless, incarcerated, and chronically unemployed men to reenter society. Mike received youth development training through the MyCom Youth Work Institute at Case Western Reserve University, was designated a 2008 United Way Junior Fellow through Baruch College in New York City, and is currently engaged in Leadership Cleveland (best class ever) through The Cleveland Leadership Center, where he also serves on their Alumni Advisory Committee. He also serves on the City of Shaker Heights Public Art Task Force ensuring the city’s commitment to community focused public art. Ever the artist at heart, while balancing organization leadership, civic engagement, and family, Mike has stepped on the NWT stage from time to time as an actor and director. Mike currently resides in Shaker Heights with his wife, Leta, their two sons, and Boston Terrier, Teddy. 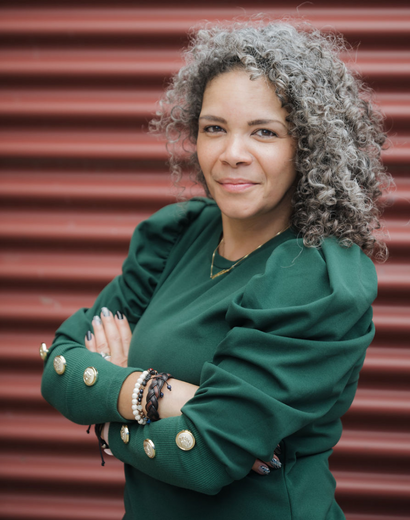 Trinidad just celebrated her three-year anniversary as NWT's Artistic Director! Trinidad (Rosado) started her NWT journey back in 1989 in the teen production, Fame. Her excellence as an artist was developed through education at the Cleveland School of Performing Arts and Conservatory of Music at the University of Cincinnati, as well as extensive work as a director and performer in the Northeast Ohio community, including experience directing adults, teens, and children. She served as a Teaching Artist with The Musical Theater Project, where she taught the Kids Love Musicals and Intergenerational programs, and helped to create and facilitate the Creative Aging Program focused on seniors and the arts. She served as the Business Director for The Memorial Opera House in Indiana and has held many roles in Human Resources and customer service for Marriott and InterContinental Hotels. She loves this theater, this amazing community, and the continued growth of this organization. She resides in Chardon with her husband Michael, their four wonderful children, Kirstin, Colin, Dylan, Michaela, and their dog, Quincy Jones. 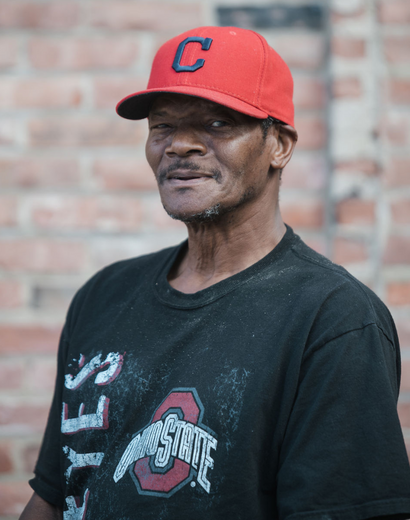 Alvis Ashley (He, Him)

Alvis first began working on special projects at Near West Theatre back in 2008. He began his regular tenure at Near West Theatre just after the new facility opened in February 2015. In his current role, Alvis takes care of the building’s interior and exterior. His tasks vary from set-up and tear-down of the stage, audience risers, cleaning and maintaining the facility and plaza, as well as construction projects in the main theatre space.

Perren Hedderson has been involved at Near West Theatre since 1994. At that time the theatre and Urban Community School established a partnership that spanned...Expand

Perren Hedderson has been involved at Near West Theatre since 1994. At that time the theatre and Urban Community School established a partnership that spanned many years. It helped many kids in the Ohio City neighborhood find a space where art was alive and working. It was a verb for him. It shaped the rest of his life. If you have seen a show in the last 25 years, Perren has either been in the show, built the set, created projection effects, or all of the above, give or take a handful. Sometimes you need a break! He has worked in film and live theatre in Cleveland all during this time. Also in New Mexico for a few years, working in film. He has been the Technical Director since 2017. He’s now a father of Kellen with his wife Sarah, living that Cleveland Life! 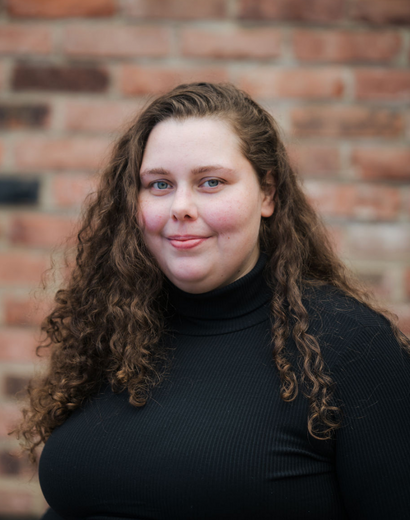 Emily learned about Near West Theatre while doing stage crew in high school and started volunteering there in 2010, becoming a member of the staff...Expand

Emily learned about Near West Theatre while doing stage crew in high school and started volunteering there in 2010, becoming a member of the staff in 2018. She graduated from Ohio University in 2016 with a BFA in Production Design and Technology. In addition to being the Assistant Technical Director (ATD), Emily will occasionally work as a sound and video technician for Near West events and performances. One of her favorite programs at Near West is the Summer Technical Workshop, because she enjoys getting to show and teach people what she does, so come hang out and learn cool stuff. When she’s not working she enjoys staring at the pile of books she has yet to read and spending time with her family. 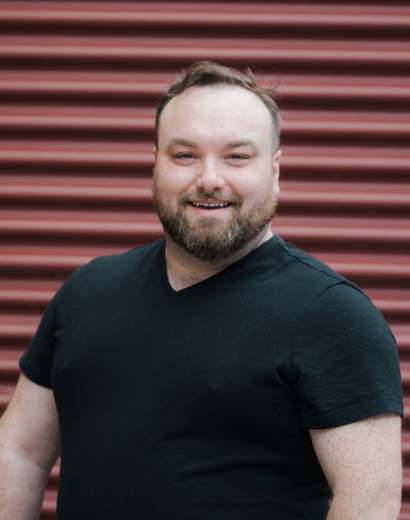 Brendan Reynolds (He, Him)

Brendan joined the Near West Theatre team in 2018. He brings more 15 years of experience to his role as Advancement Director. Prior to joining...Expand

Brendan joined the Near West Theatre team in 2018. He brings more 15 years of experience to his role as Advancement Director. Prior to joining Near West Theatre Brendan served in various development capacities with Holden Forests & Gardens, Kent State University, and the Cleveland Zoological Society. Brendan is a proud graduate of Baldwin Wallace University’s (formerly Baldwin-Wallace College) arts management program. Brendan is a lifelong music theatre fan and two of his favorites are Follies and Sideshow. 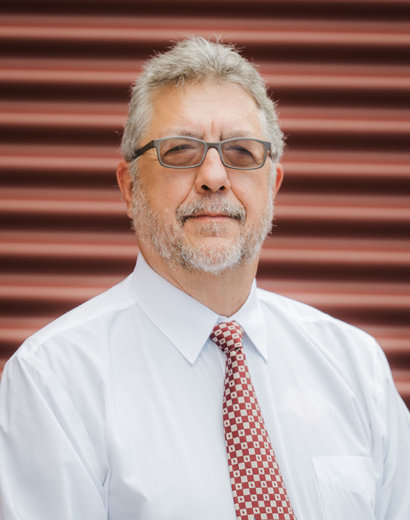 Michael Stein (He, Him)

Michael had worked as the Lighting Designer for various productions here at NWT since 2009 before becoming a permanent member of the staff as Production...Expand

Michael had worked as the Lighting Designer for various productions here at NWT since 2009 before becoming a permanent member of the staff as Production Manager/Rentals Manager in 2016. His 40+ year career in theatre has taken him across the U.S. from Maine to California. However, he spent most of his previous career as the Stage Manager/Production Manager/Lighting Designer at the Carousel Dinner Theatre in both Ravenna and Akron, OH. Michael's lighting designs at NWT include 1776, Carnival!, The Hunchback of Notre Dame, Urinetown, Once on this Island (2009), Secret Garden, The Wiz (2010), Rent (2010), Willy Wonka (2011), A Christmas Story the Musical, Move On!, and many of the yearly benefit performances both here and at Trinity Cathedral. Born in Warren, OH and a KSU alumnus, he and his wife Carlie now reside in Avon and love spending time traveling whenever possible. 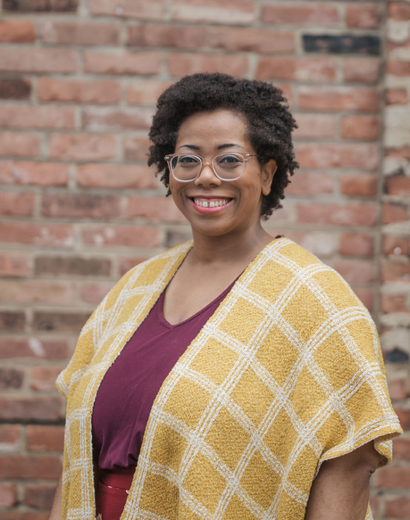 Amani Green (She, Her)

Amani is so excited to serve as the new Program Manager at Near West Theatre! She grew up as a third culture kid in Cairo,...Expand

Amani is so excited to serve as the new Program Manager at Near West Theatre! She grew up as a third culture kid in Cairo, Egypt, and graduated from Stanford University with a BA and MA in Psychology. She has been involved in several casts/production teams of shows at Near West Theatre since 2017 (most recently playing Madame in Rodger’s and Hammerstein’s Cinderella, and serving as the Assistant Director of the summer teen show, All Shook Up). She previously worked in higher education administration at Case Western Reserve and Oberlin College. Aside from theatre, she enjoys women’s gymnastics, reading fantasy series, and is obsessed with her nephew! 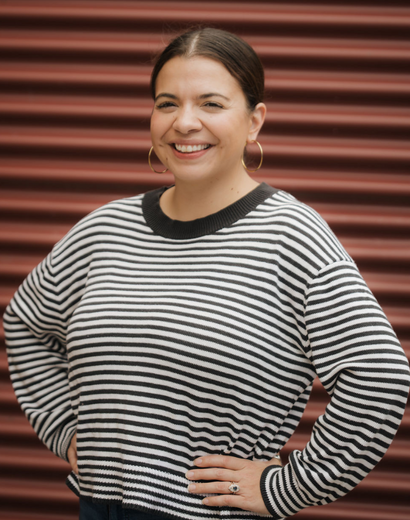 Hannah Armenta (She, Her)