The Web of Anansi

The Web of Anansi, based on West Africa and Caribbean folklore, is a special collaborative partnership between Near West Theatre, Twelve Literary Arts, and The Inaugural Barbara Smith Playwriting Fellow, Nina Domingue, in the creation of an original production directed by the acclaimed Nathan Henry. The Web of Anansi follows a cast of many characters and Anansi, a wise spider, who is set on teaching a lesson to tiger cubs, Oselo and Osela.

Performances are available to the general public with a Pay What You Can model. 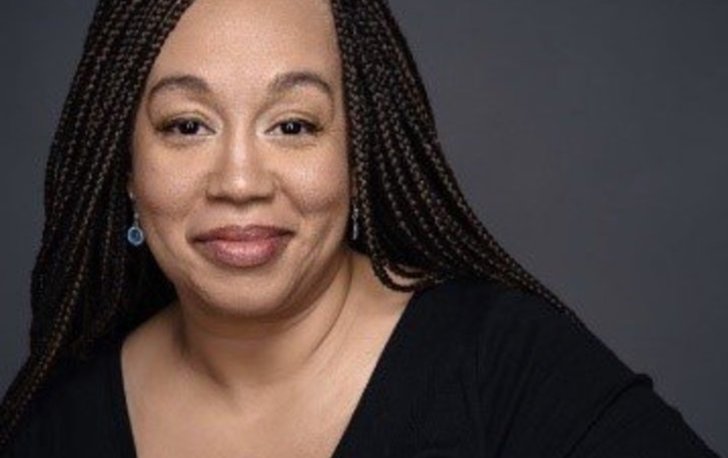 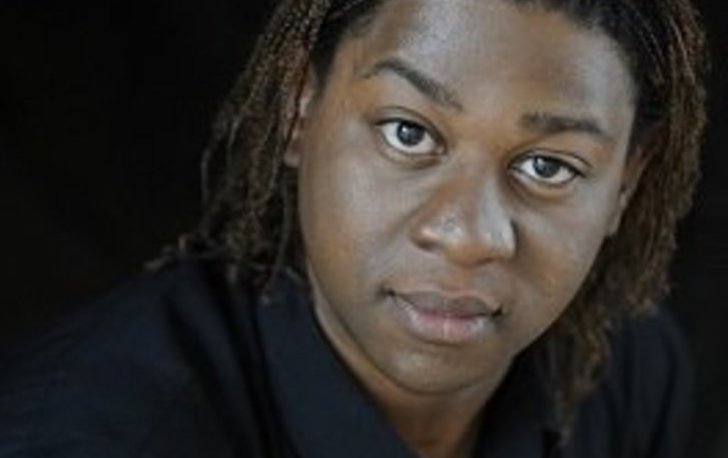 Nina Domingue, a New Orleans native, entered the world of theatre through the art of Storytelling. As a wife and mother of five, it is an important skill to have. She has written many one-person shows including Ya Mama!  which she developed and performed at Cleveland Public Theatre, also performed at the New York International Fringe Festival and Hollywood Fringe Festivals.  Currently, she is a Cleveland Public Theater Premier Fellow for the 2020-2021 Season. She is developing The Absolutely Amazing and True Adventures of Ms. Joan Southgate as the 2019-2020 Catapult Artist at Cleveland Public Theater which began under the Nord Family Foundation Playwriting Fellowship, which she is honored has been included on The Kilroy’s List 2020: The Lost Plays. Other solo shows include Mo Pas Connin and Wade In The Water. Plays for families and young audiences include Jinle and the Great King,  which was commissioned for and performed by the Theatre Elite Ensemble of the Cleveland School of the Arts. A Jewel of a Tale,  and Jack and Jill’s Supercolossal Storybook Adventure which performed at the Cleveland Play House. Nina was also commissioned by Talespinner Children’s Theater to write and co-direct Sundiata: Child of Lion and Buffalo.  In the 2019-2020 theatrical season she was also a Barbara Smith Writer in Residence at Twelve Literary Arts, Inc.

Nathan Henry, a Cleveland native, is the recipient of the 2018 Cleveland Scene Theatre Award for Best Director for Karamu House’s critically acclaimed production of Passing Strange. He directed the Cleveland Public Theatre production of Ya Mama!, written and performed by Nina Domingue, which appeared at the 2018 Hollywood Fringe Festival. Nathan directed Idris Goodwin’s Jacked! at Cleveland Play House, as well as the world premiere of White Man’s Burden, a collaboration with Beck Center for the Arts, Baldwin-Wallace University Music Theatre Program, and the National Alliance for Musical Theatre. He has worked in professional theatre as a producer, director, choreographer, educator, and arts administrator for over 20 years. Select regional credits for directing include: Nina Domingue’s Sundiata, Douglas Turner Ward’s Day of Absence, Eric Coble’s The Velocity of Autumn, Pearl Cleage’s Flyin’ West, Dael Orlandersmith’s Yellowman, August Wilson’s Seven Guitars, and Lee Summers’ From My Hometown. At Karamu House, he served as Line Producer for the regional premiere of Rajiv Joseph’s The Lake Effect (co-produced with Ensemble Theatre), the regional premiere of Sassy Mamas, the regional premiere of Simply Simone: The Music of Nina Simone, and the American premiere of Lisa Codrington’s The Adventures of the Black Girl in her Search for God. Henry also served as Associate Director for the regional premiere of Caroline, or Change (co-production with Dobama Theatre and Karamu House), co-producer of and performer in Songs For The Asking at Playhouse Square. 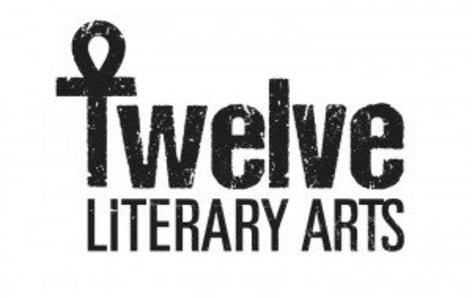 Twelve Literary Arts operates programs that inspire, promote and support youth and adult writers as they develop their literary crafts and form relationships within and across age groups. TLA emphasizes the importance of inter-generational interaction and learning. TLA brings performance poetry to public spaces, while supporting poets and writers of all ages with youth programming, adult professional development, and brave spaces to dream, write, and teach into reality a world of social justice and equity. 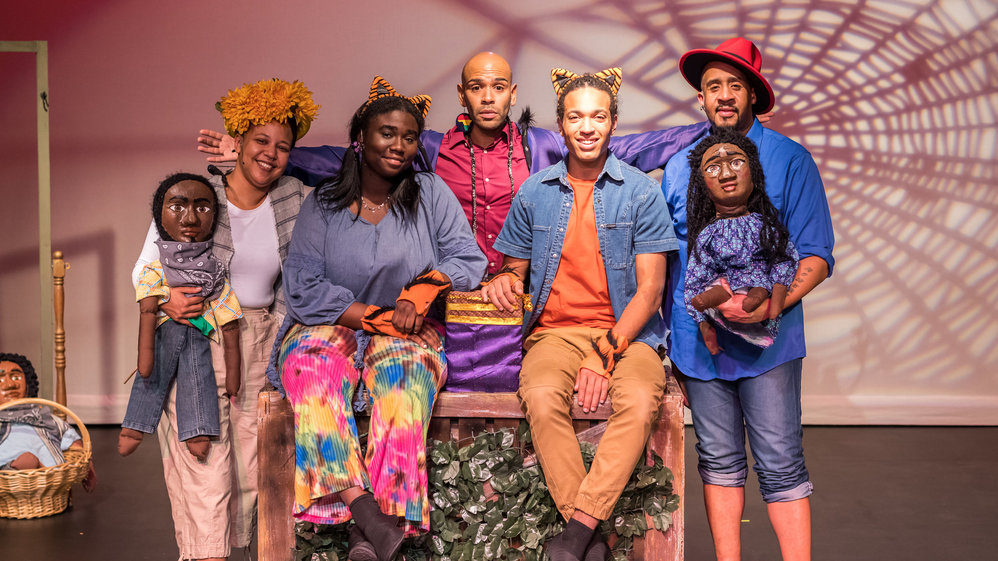 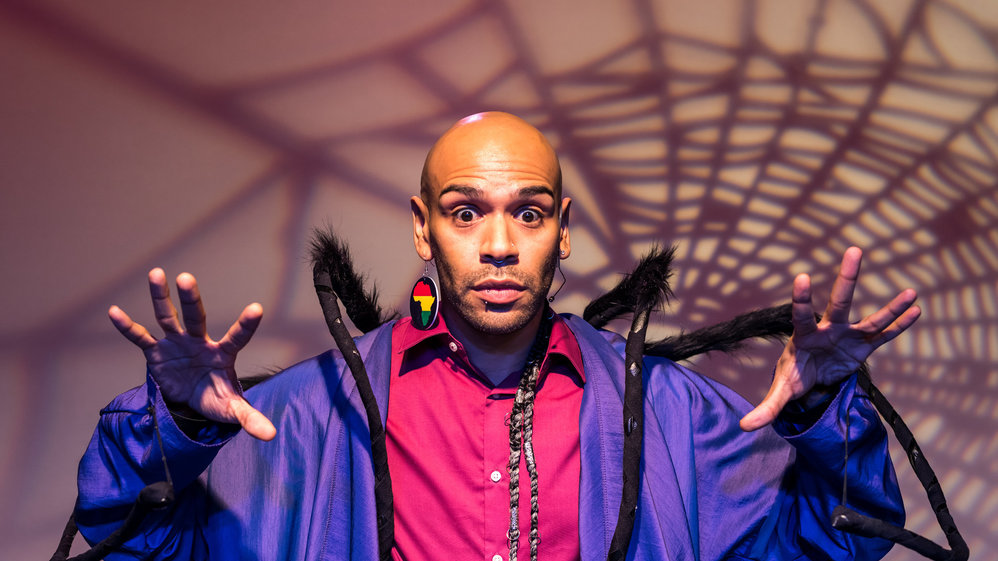 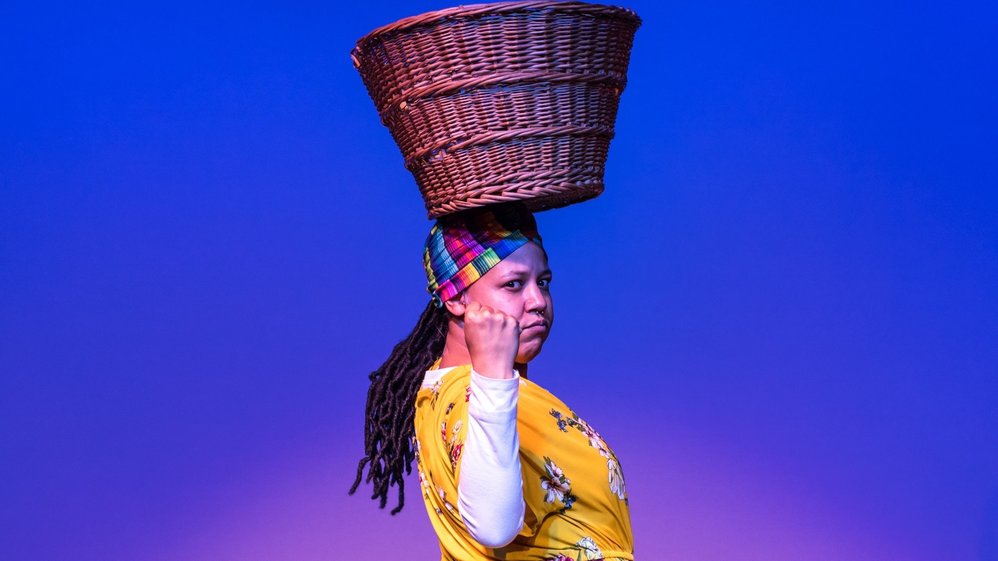 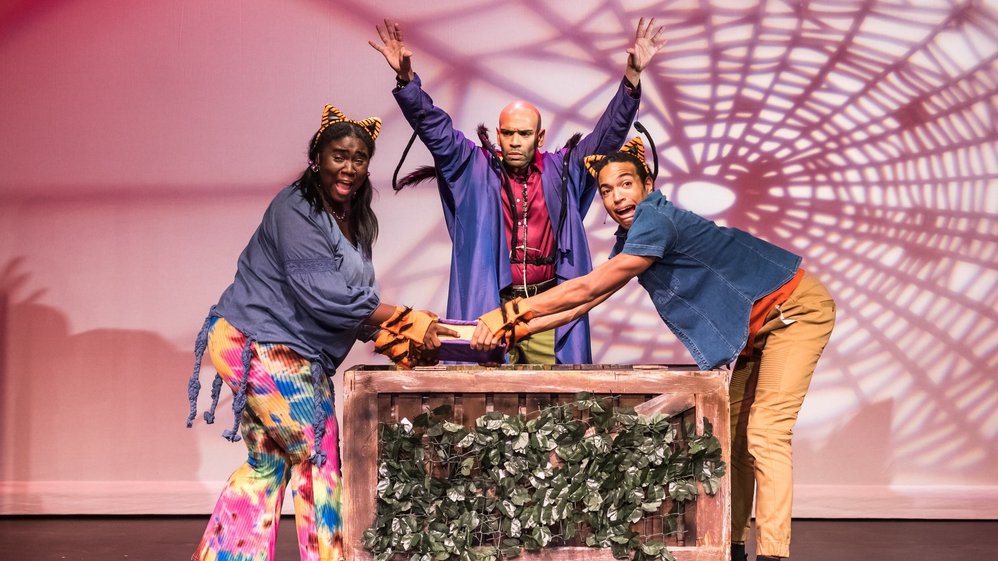 The Web of Anansi is virtually available for school viewings by emailing Mike Obertacz, Executive Director.